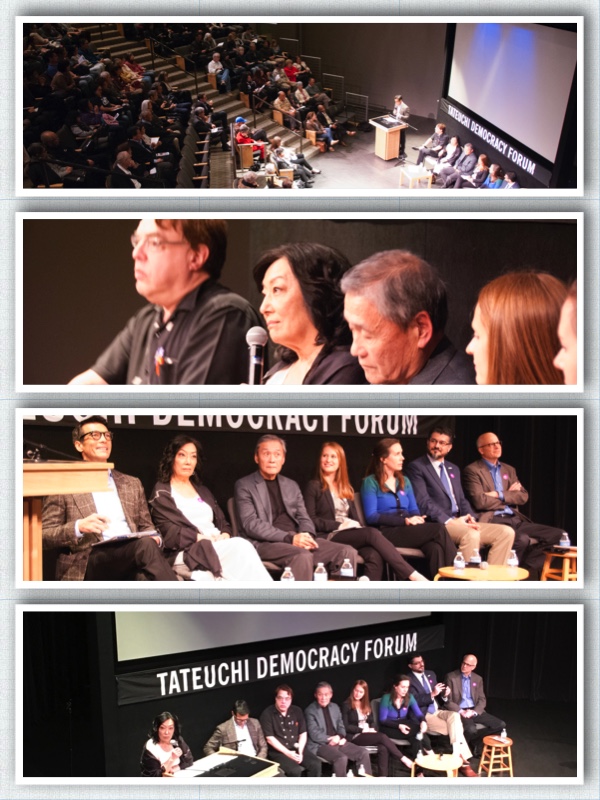 Dear Miss Breed, by Joanne Oppenheim. Forward by Elizabeth Kikuchi Yamada. Scholastic, 2006. ISBN-10: 0439569923 ISBN-13: 978-0439569927. Miss Clara Breed, was a children’s librarian in the downtown San Diego Public Library. She wrote letters to her young library visitors after they were forcibly incarcerated into the Poston, Arizona concentration camp. The children’s letters sent to Miss Breed are the focus of the book. Recommended for Middle Schools and up.

Kiyo’s Story: A Japanese-American Family’s Quest for the American Dream, by Kiyo Sato. Hardcover: Soho Press (Apr. 1, 2009), ISBN-10:1569475695. ISBN-13:978-1569475690; Paperback: Soho Press; reprint edition (Dec. 1, 2010). ISBN-10:156947866X. ISBN-13:978-1569478660. Kiyo tells about her inner struggles with prejudice and racism, as she was first forcibly evacuated to the Pinedale Assembly Center, and then to the Poston II concentration camp. Kiyo’s determination allows her to not let anything interfere with her goals to complete her education while maintaining her position as the eldest child in her family. Recommended for Middle Schools and up.

Ministry in the Assembly & Relocation Centers of World War II, by Lester E. Suzuki. Yardbird Publishing Co. (Aug. 1979). ISBN-10: 0686598911, ISBN-13:978-0686598916. This book is a published version of the Rev. Dr. Lester Suzuki’s Doctor of Ministry thesis, “Ministry in the Japanese Assembly Centers and Relocation Centers of World War II.” San Francisco Theological Seminary, San Anselmo, CA, 1975. There is a chapter on the organization of the religious denominations in each of the three concentration camps at Poston, Arizona. Recommended for high school and up.

Camp Days 1942-1945, by Chizuko Judy Sugita de Queiroz. Edinger Printing, 2004.This is a collection of the artist/author’s memories created in beautiful water-color artwork. She lost her mother before the family was forcibly evacuated and incarcerated at the Poston Arizona concentration camp at the age of 9. Recommended for children & families.

Welcome Home Swallows, by Marlene Shigekawa and Isao Kikuchi. Heian International, 2001. ISBN 0893469343, 9780893469344. This is a story of one Japanese American family which was able to reunite following the end of World War II. The youngest child tells about the many things that happened to his family, and like the Capistrano swallows–even people can have two homes. A brief epilogue with a background about Japanese Americans is included. Recommended for ages 6-12. Available from Amazon.com

Blue Jay in the Desert, by Marlene Shigekawa. Illustrated by Isao Kikuchi. Polychrome Publishing Corp. 1993. ISBN 1879965046, 9781879965041. This is a story of a Japanese American boy and his family who are imprisoned during World War II. He does not understand what is happening and with his eyes we see how it has affected the adults around him. A picture book introducing the history of the Japanese American incarceration. Showcased by Teaching Tolerance Magazine. Recommended for ages 6-12. Available from Amazon.com

The Harvest of Hate, by Georgia Day Robertson. Edited by Arthur A. Hansen. Oral History Program California State University, Fullerton, 1986. ISBN: 0-930046-08-0 KBF. This is a historical novel, which was forbidden to be published in 1946. The author, was hired as a supervisor of the nisei math instructors at the Poston, Arizona concentration camp. Later, she taught math classes at Poston camp 2 and 3 and became the high school vice-principal at camp 2. The author draws on her discussions and relationships with her former students and captures their feelings and attitudes of the incarceration. A forward is written by two former Poston high school students. Recommend for 8th grade and up.

Through Innocent Eyes: Writings and Art from the Japanese American Internment, by Poston I school children. Edited with observations by Vincent Tajiri. Keiro Services Press and The Generations Fund; 1990. ISBN 0-9624450-1-0, ISBN 0-9624450-0-2. This book was originally compiled in 1943 as “Out of the Desert” by Ray Franchi (Poston camp High School English teacher) and Paul Takeda (Poston Red Cross Director) with the assistance of teachers and students.

Dusty Exile: Looking Back at Japanese Relocation During World War II, by Catherine Embree Harris. Mutual Publishing, 1999. ISBN 1-56647-274-1. The author, Catherine Embree, a Caucasian, was hired by the federal government to teach the school-age children at the Poston, Arizona concentration camp, where she remained until 1944. She lived inside the American concentration camp and tells her first-hand experiences.

An Enemy Among Friends, by Kiyoaki Murata. Kodansha Amer, Inc; 1st edition (Nov. 1991), ISBN-10: 4770016093, ISBN-13: 978-4770016096. The author, a Japanese journalist, recalls his 6-years as a foreign student in the United States during World War II. He maintained a diary he began as a teenager. He chose to remain in the United States and was incarcerated at the Poston, Arizona concentration camp 3.

Camp Florence Days: A World War II Prisoner of War Camp, by Ralph Storm. ISBN: 0-9788260-4-3. The author, an Army recruit from Camp Grant, Illinois with basic training in western Arizona, served as a Military Police guard working with the Italian and German prisoners-of-war, as well as guard duty at the Japanese-American concentration camp in Poston, Arizona in early 1944. The author includes extensive research into the background on the anti-Asian “Yellow Peril” movement. Recommended for 8th grade and up.

South Bay Monogatari: Tales of the South Bay Nikkei Community. Vol. 5 in the series Chula Vista — The Early Years, by Donald H. Estes. Tecolote Publications, 1996. See Chapter 8. “Hot Enough to Melt Iron”. The author, former San Diego historian and instructor of History and Political Science at San Diego City College tells of the experiences of the Japanese-Americans living in San Diego who were incarcerated at the Poston, Arizona concentration camp and what they faced when they tried to return home following the end of World War II.

Reminiscing in Swingtime: Japanese Americans in American Popular Music, 1925-1960, by George Yoshida. National Japanese American Historical Society (1997), ISBN-10: 1881506088, ISBN-13: 978-188150608. George Yoshida was incarcerated at Poston, Arizona concentration camp 1 and his big band music was the highlight for many of the teenagers and young adults living in the camps. The block dances were the common social event that they recalled many decades later at their reunions.